Detail: Pretty new me by Manuela-Knaut

Detail: Sun for someone by Manuela-Knaut

Detail: Sun for someone by Manuela-Knaut 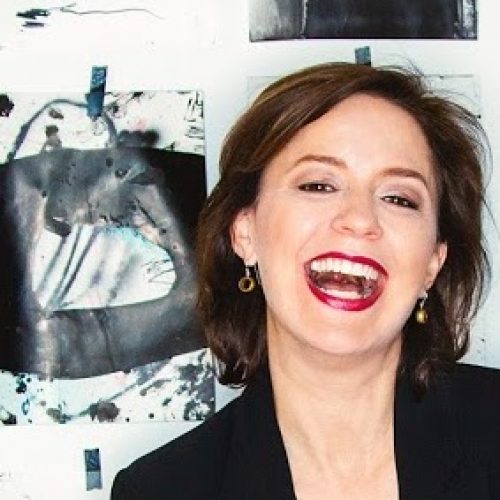 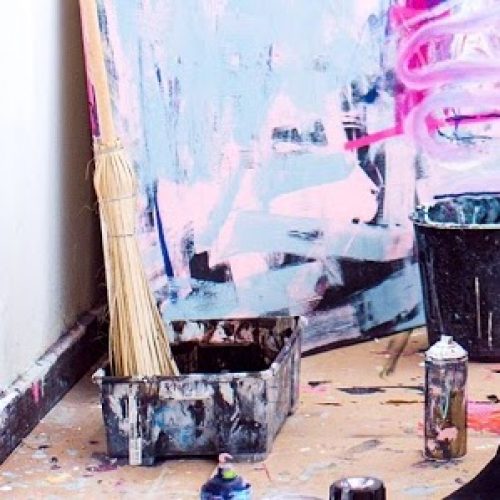 Sun for Someone (Diptych) 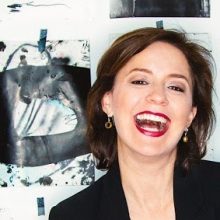 Manuela Karin Knaut’s painterly work reflects the enthusiasm of the artist for travel, the discovery of new terrain and the inevitable leaving of her own comfort zone.

Sun for Someone (Diptych)

Grove Collective is pleased to present the upcoming solo exhibition Intuitive Energy, featuring German artist Manuela Karin Knaut, on view online in virtual reality through the Grove Collective website. This is the first time that Grove Collective and Knaut have worked together.

Manuela Karin Knaut’s work is perhaps best characterised as hanging in a delicate balance. On one hand, careening brushstrokes, fragmented text, and brusque figuration suggests a frenzy, while on the other, Knaut’s frenetic images are firmly contained to the canvas, never feeling lacking or unfinished. While there is most certainly a madness, so too does a method become apparent, undergirding everything Knaut does in her work.

In turn, the works featured in Intuitive Energy resist thematic grouping, in part due to Knaut’s practice being resistant to categorisation or ritualisation at all. Elements such as text can be included on a whim – Knaut has referenced Surrealist poetry as an influence – lending the work a sense of serendipity, as well as freedom. As such, each work and its gestures becomes a kind of event in itself, born of a specific time and place. However, when gathered together, through-lines in Knaut’s work reveal themselves, with patterns and tendencies becoming clear through sheer multiplicity.

In a broader programmatic sense, Intuitive Energy concludes a period of investment in abstraction for Grove Collective, punctuating a trio of summer exhibitions in which abstract work has been prominently featured. However, the exhibition proudly extends the work done by the gallery outside of the UK, with Knaut working from Braunschweig, Germany, and the scan of the exhibition taking place in Berlin. In this sense, Intuitive Energy anticipates a hopefully longstanding ability to work away from the gallery’s London base, engaging artists and collector bases globally.

Manuela Karin Knaut, born 1970, is an independent artist currently living in Braunschweig, Germany. She acquired a Master of Arts in Fine Art at the University of the Witswatersrand in Johannesburg, South Africa. Apart from her centrally located studio and print workshop in Braunschweig she also keeps a studio in Johannesburg.

Since 1990 various exhibitions nationally and internationally, amongst them in South Africa, Ghana, Switzerland, Danmark, UK, Austria, USA, Israel, Kirghistan. Her works are represented worldwide in public and private collections.

Exhibition New in Town/Welcome Back