Una Ursprung: A Corner of the Courtyard, Flowering Plant #21

Martin Lukáč: Not Yet Titled #1

Martin Lukáč: Not Yet Titled #2

Martin Lukáč: Not Yet Titled #3

Stories introducing artists of this exhibition. 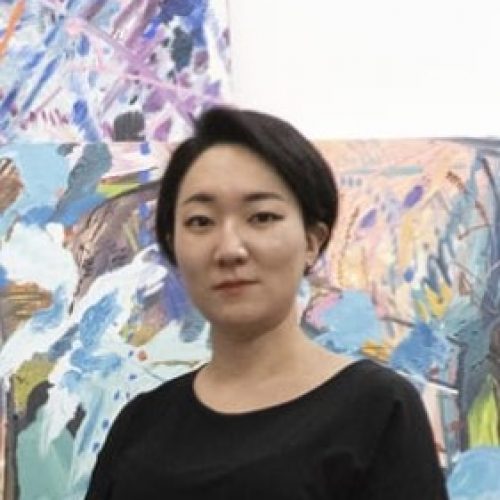 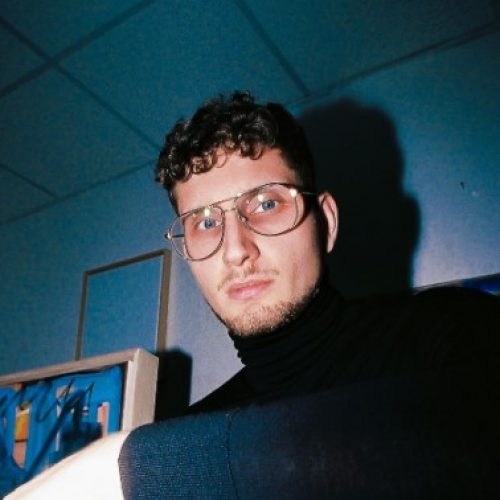 Stories about these Artistic Practices. 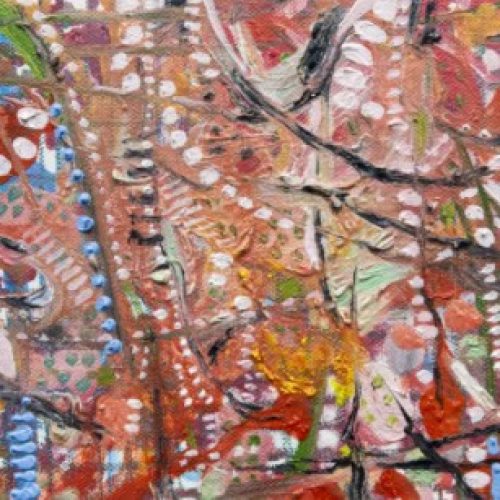 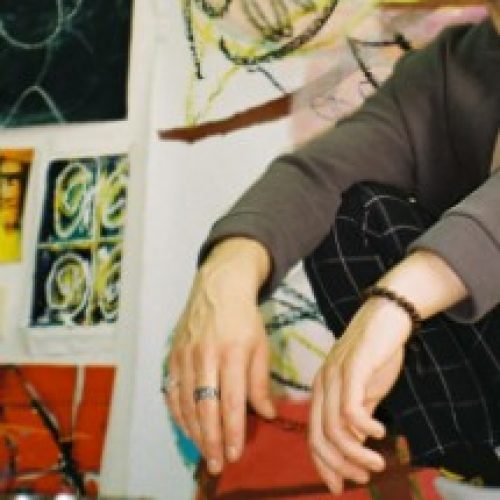 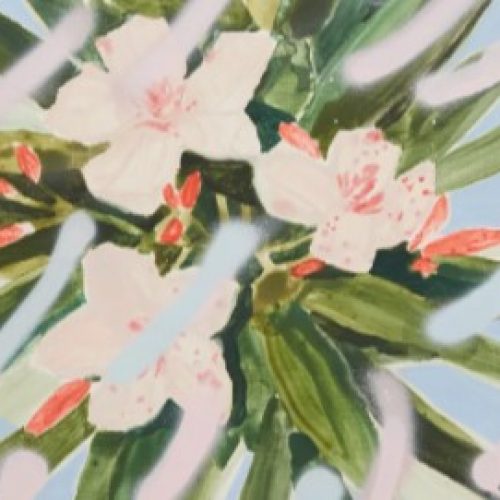 Stories about the Artist studios of this exhibition. 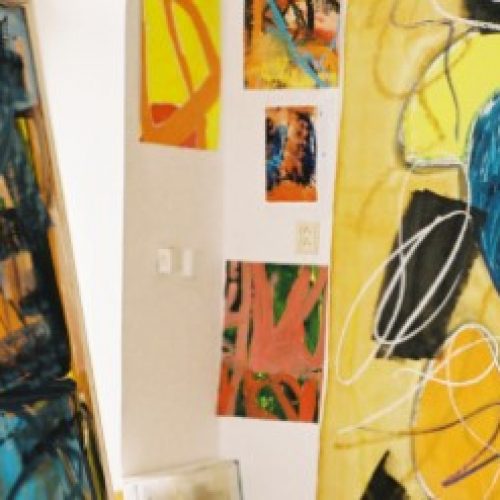 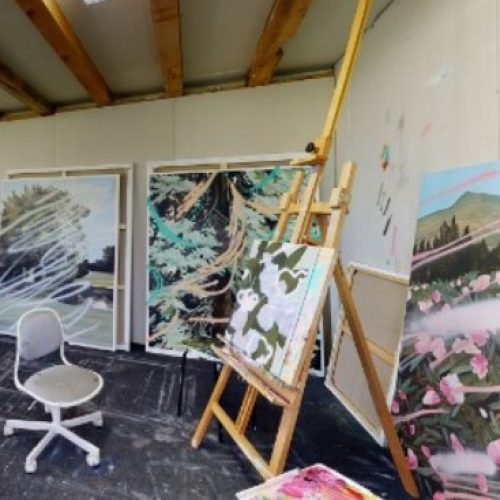 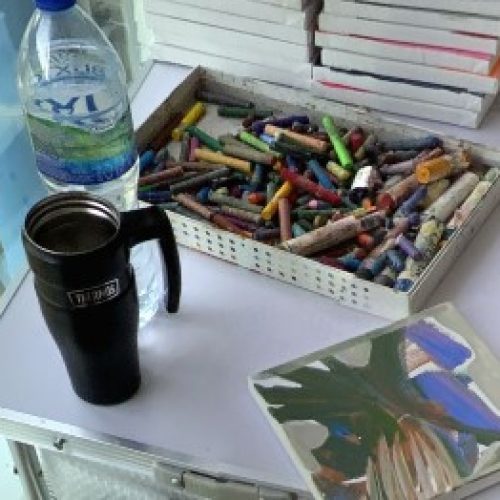 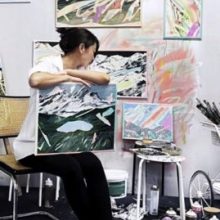 Una Ursprung (b. 1985, Taipei, Taiwan) graduated from the Taipei National University of the Arts in 2007, she lives and works in France. 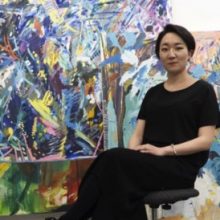 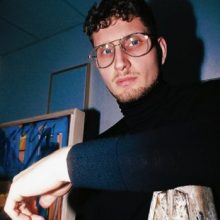 Martin Lukáč (b. 1989, Piešťany, Slovakia) is a painter currently living and working in Prague.

Working at a moment when the possibility of clarity – social, political, and otherwise – appears chimerical at best, Shattered Speech brings together artists who revel in their respective frenzies, using abstraction to allude to – or evade – form. Martin Lukáč’s paintings, for one, hold onto their abstraction by only a thread: while they lack clear figuration, looping strokes across the canvas are primed for hidden images, creating a sense of endless discovery. Similarly, Sin Park’s compositions, while unabashed in their discord, use speeding lines in thickly-applied oil paint to create texture and the possibility of form; far from the negation of the image, Park’s abstractions open the door to serendipity, and the creation of imagery from luck or chance. However, in turn, Una Ursprung turns this notion on its head – using figuration as a foundation, Ursprung’s practice is founded on erasure and recreation. The intersection of form and line reconfigures the viewer’s ability to derive clear meaning from her imagery, allowing for (re)interpretation along entirely different or renewed logics.


Fittingly, thisextends the work with abstraction that Grove Collective has pursued to date, while opening up to a range of new practices. Importantly, Shattered Speech moves away from London as a locus of artistic production, creating dialogue between European and British-based practices, although each artist exhibited lives and works away from their native country. With a mind towards globalism and discovery, Grove Collective is excited to draw upon all facets of its exhibitional practice, including turns toward narrative and technology, to further contextualise each artist amongst each other, as well as amongst the gallery’s broader offering.

Una Ursprung (b. 1985, Taipei, Taiwan) graduated from the Taipei National University of the Arts in 2007, and Ecole Européenne Superieure d’Art de Bretagne site Quimper in France in 2011 (from which she received Diplome National Superieur d’Expression Plastique, the highest honor awarded by the National Arts Councils and Culture Agencies). Currently, she lives and works in France. Recent exhibitions include: Rush of Spring, online exhibition, (Steak Galley, Edinburgh, Scotland, 2021) and The Top 100 (The Auction Collective, London, UK, 2021).

Martin Lukáč (b. 1989, Piešťany, Slovakia) is a painter currently living and working in Prague. Lukáč’s work often nods to or directly references the recently-past aesthetic forms he encountered during his life growing up in post-occupied Bratislava. Selected Exhibitions include: Interpreter‘s Booth, an exhibition in two chapters by Anu Vahtra and Martin Lukáč (Chimera-Project Gallery Budapest, HU 2018), NOSZTRÓMO (ASHES/ASHES, New York, NY 2019), and I Ain’t Though (Kunstraum Ortloff, Leipzig, DE 2019).  Lukáč was also the recipient of the La Brea Studio Residency (Los Angeles, CA 2019).

Una Ursprung (b. 1985, Taipei, Taiwan) graduated from the Taipei National University of the Arts in 2007, and Ecole Européenne Superieure d’Art de Bretagne site Quimper in France in 2011 (from which she received Diplome National Superieur d'Expression Plastique, the highest honor awarded by the National Arts Councils and Culture Agencies).

Martin Lukáč (b. 1989, Piešťany, Slovakia) is a painter currently living and working in Prague. He featured in Grove Collective's exhibition "Shattered Speech"